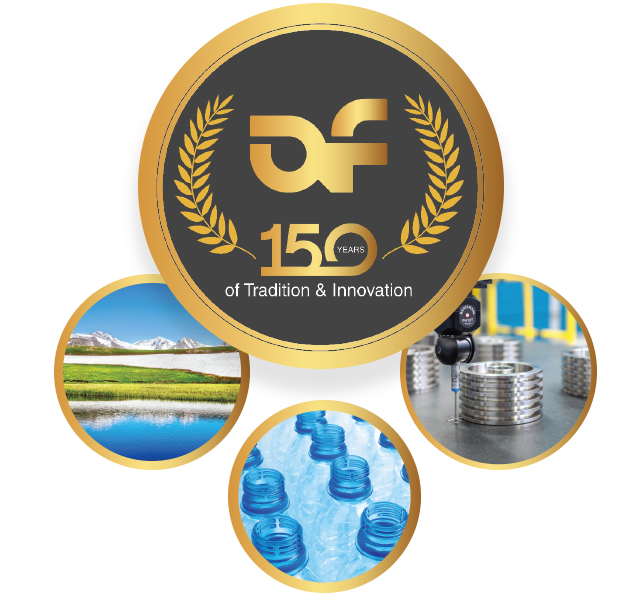 With the emergence of the PET industry in the early 1980’s along with a constant Research & Development philosophy, and thanks to our numerous subsidiaries, our customers are today benefiting of all this experience in over 180 different countries throughout the world.
Our customers and references are the most renown blow molder manufacturers, engineering offices, the mineral, spring and drinking water providers as well as the major soft drinks producers… Juices, breweries, edible oil, milk , and all other existing PET applications, Food or Non Food industries, for high and low (medium) pressure applications of which + 500 units low pressure 8 bar & 10 bar oil free piston compressors are installed in the world.

Af is a manufacturer of oil free piston compressors with ca. 60% share of the world market of compressors dedicated to the PET Bottling industry. AF compressors is celebrating the 150th anniversary of the group. AF counts more than 7000 compressors in the world. + 15 Companies, 3 productions centers, 5 training academies, 2 distribution centers, more than 20 official agencies with spare part shops and more than 150 specialized skilled technicians for oil free reciprocating compressors, for high or low pressure (20-40 bar, or 8 bar and 10 bar). 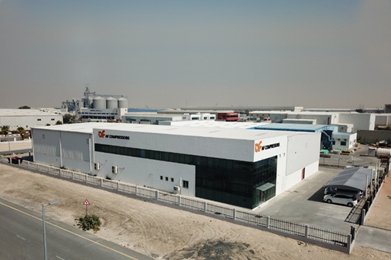 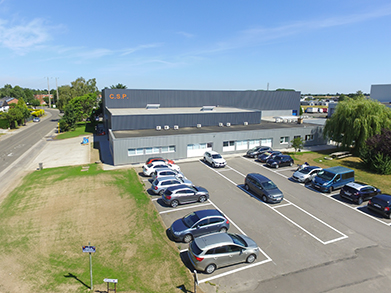 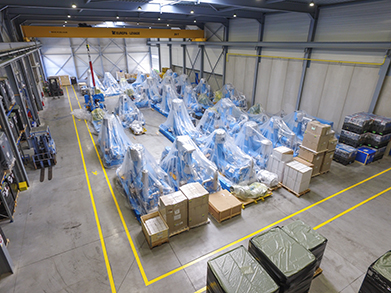 At drinktec exhibition in Munich, Germany, AF Compressors is not only present with its own booth, but also and especially, AF shows its undisputed leadership in the PET compressor market by providing 8 different running oil free PET compressors to not less than 8 different blow-molding manufacturers during the drinktec Munich show in September 2017. A true case story for logistics and service skills achieving 8 different start-up commissioning on the same time, providing local service and successful assistance during the whole biggest beverage industry show.

AF Compressor running for one of the 8 Blow molding manufcaturers in Munich drinktec show 2017.

Business in Passion on AF Compressors booth at drinktec Munich 2017.

On this occasion AF officially launches the innovative Smart Inverter Starter (SIS), frequency inverter device to start a compressor with a starting current far below nominal current. A true and unique innovation on the whole compressor market. For more information on SIS ee our page innovation or product.

AF develops its aftermarket service with many subsidiaries such AF Turkey, AF Middle-East, AF Kunshan, among many others… AF expands a product range for lower pressure applications to include two-stage, oil free piston compressors dedicated to the food and beverage industry.

AF becomes the leading supplier and specialist for the high-pressure oil free compressor PET market and starts to provide the main blow molding manufacturers with 40 bar compressors on a regular basis and become key supplier to most of them. . The development of AF’s worldwide business continues through the 2000’s ; AF Rus, in Moskow, AF Mexico, AF Nord Afrique Tunisia, AF Shanghai…

During the early 1980’s the first 40 bar oil free reciprocating air compressors were manufactured for blowing PET plastic bottles. The development of AF’s worldwide business continues through the 1990’s, with the opening of AF USA Inc. in Atlanta GA. To service the Americas, AF Asia in Bangkok to cover the Far East in addition to subsidiaries in Europe, in France and the Netherlands.
From on 1985, AF will exclusively produce oil free reciprocating compressors in the range of air compressors. 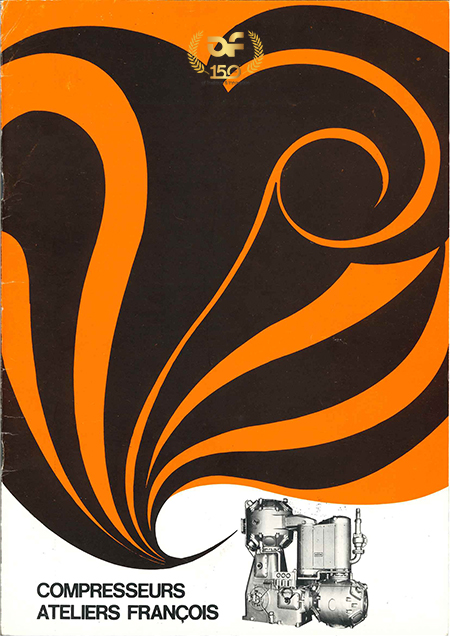 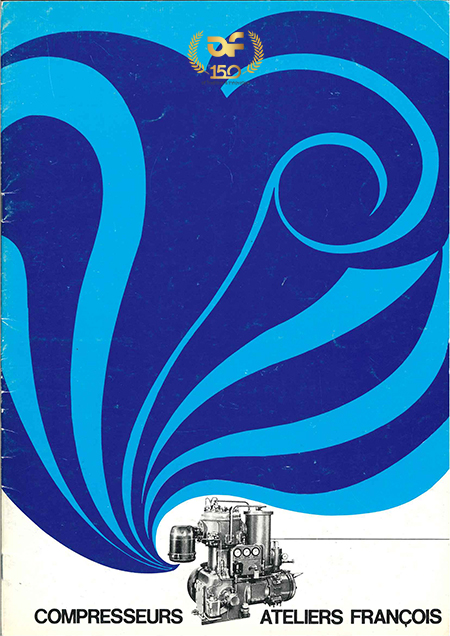 “Ateliers François S.A.” is founded in 1960 with a strong emphasis on creating worldwide business for its products and services.

Oil free reciprocating compressors with PTFE piston rings were developed in the end of the 1960’s, these are successfully operated in the breweries, glass, and food industries, but also in the chemical, petrochemical and metal processing industries.

The range of compressors produced in Liège for the coal industry reaches powers of 1,000 hp.
In the early 1930’s, the company is re-formed under the name “Moteurs & François Réunis”. In the next 2 decades, AF manufactures reciprocating compressors for the coal and steel industries. In autumn 1944, during WWII, the factory is heavily damaged by bombings.
The facilities are restored and, totally rebuilt. The compressor production activities can go on…

Surviving war dammages and rebuilding for the future. In summer 1944, the factory is heavily bombed by the allied airforce in order to destabilized the german occupation.
The company facilities will totally be ruined. It all will be restored and rebuilt for future activities.

The company is successfully active in the production, installation and maintenance of medium pressure compressed air two stages, reciprocating compressor for the coalmine industry.

In the early 1900’s, the company started manufacturing reciprocating compressors for the coal industry…

In 1896, the company “Moteurs” is established to build high-speed steam engines. At that time Mr. Zénobe Gramme, (inhabitant of Liège) invents the first DC dynamo, steam engine industry almost over…

AF Compressors. Etablissements François S.A. a privately owned company is formed in Liège, Belgium to produce pneumatic hammers for the mining industry, i.e. for use in the construction of tunnels and galleries for coalmines.